Re: On This Day In History

This is well worth repeating as it is part of our US history as well as world history. On this day, October 14, 1947, Captain Chuck Yeager broke the sound barrier in his test aircraft the BELL X-1, flying at MACH 1 ( 760 mph ) at 45,000 feet. Yeager named his aircraft "GLAMOROUS GLENNIS" for his wife, Glennis. There were after, numerous claims of others breaking the sound barrier before Yeager during WWII by British and German pilots, but all have been proven to be false. Col. Yeager is the one credited with and recognized with officially breaking the sound barrier in 1947. In Thomas Wolfe's book, "The Right Stuff" he writes about the early days of the space program, before there was a space program, with the prelude leading up to and including the Mercury 7 team of astronauts. In 1984 a movie was released based on Wolfe's book. Included in the movie were real life characters, Alan Shepard, an original Mercury 7 astronaut; Levon Helm as the narrator and as test pilot Jack Ridley; and Chuck Yeager himself in a cameo as the bartender in one of the bars the pilots frequented when off duty during those early days. Chuck is 96 now, but there have been false reports of his death several times, the latest being on October 8, 2019. 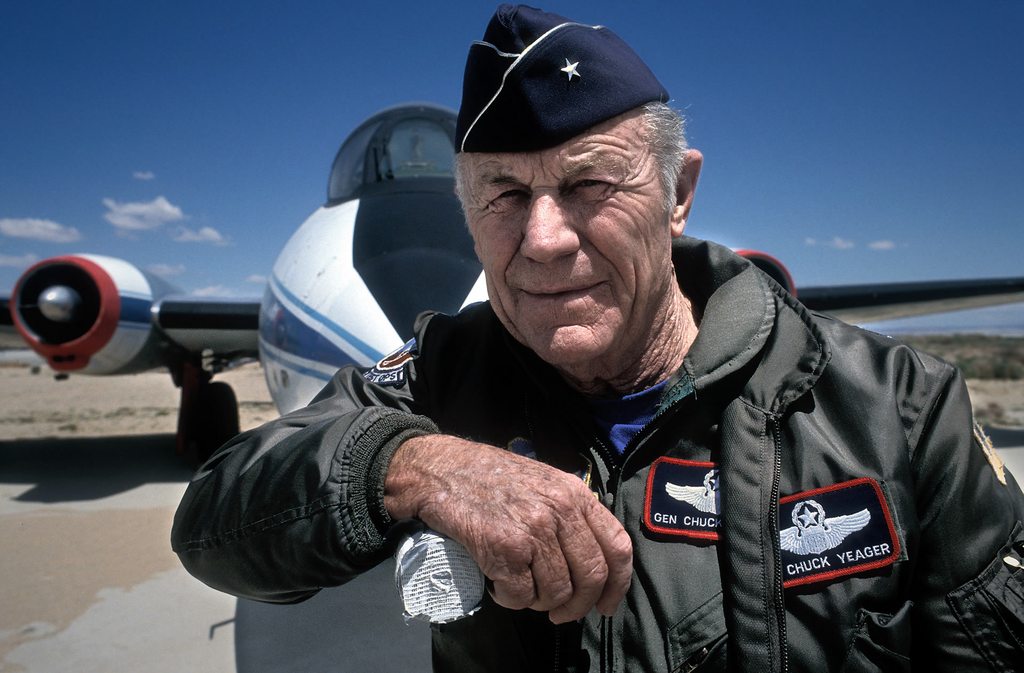 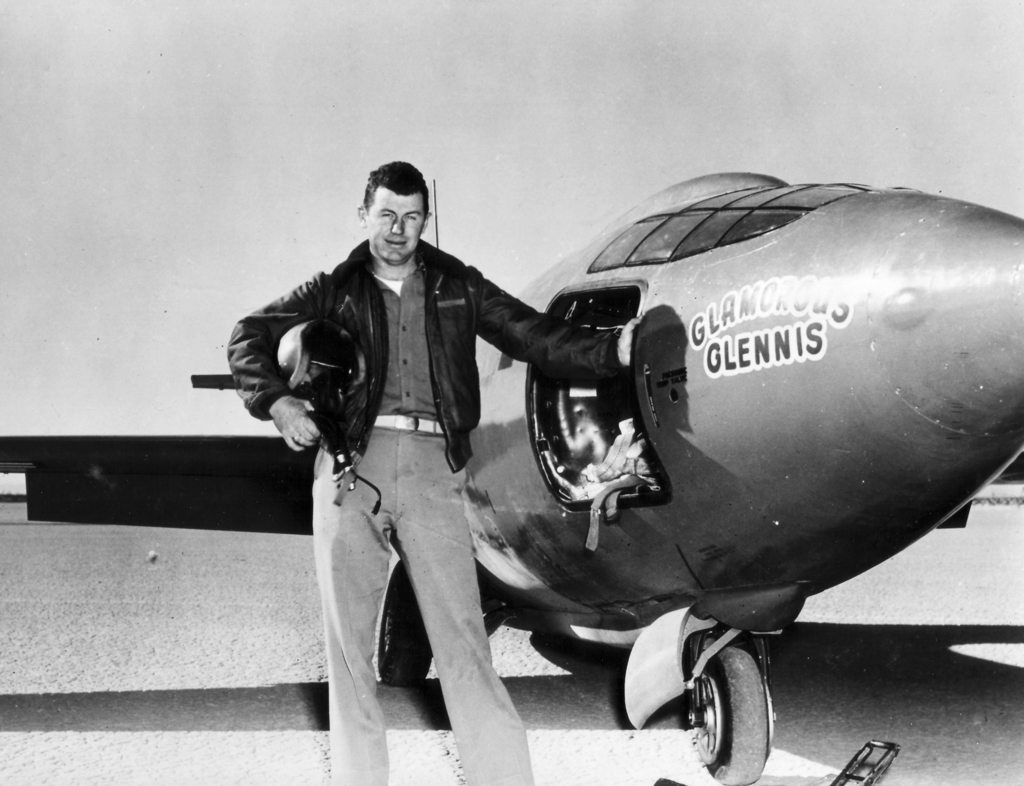 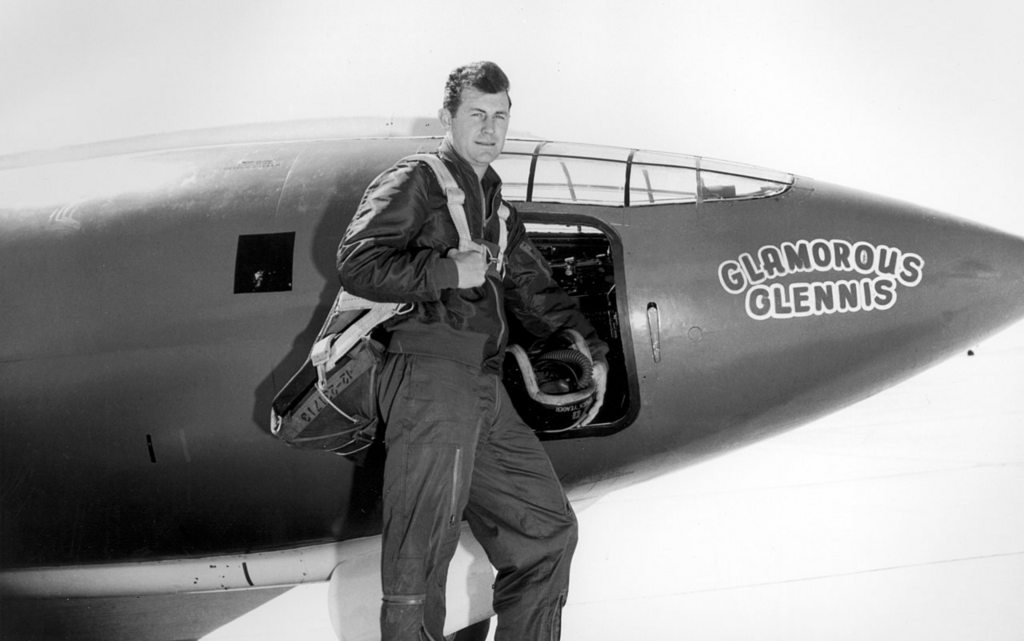