"It Matters Where You Buy From" is the motto of Dennis Carpenter. He owns much of the original Ford tooling and machines that made the originals and is the ONLY Licensed by Ford person to reproduce many of the parts on the N Tractor. He also makes many of the old cars and truck parts too if you're into them. JUST8N's also sells all the Carpenter-made parts too as the founder, Don Barkley, was Carpenter's QC man when he first got into Ford Tractor parts manufacturing. Don is retired now and his soen, Derek barkley, now owns and maintains the company. Here's the thing with the Ford tractor parts and I'm sure many others as well. Carpenter repops many of the parts exact-as-original, many are Made In The USA, but the ones he outsources also ensure that there Quality Control in the design and manufacturing and production monitored. It's no secret that the Chi-Coms steal information and use it to make and sell parts to the USA. Parts made in Cheena are cloned from clones that were cloned from other fraudulent clones. TISCO is a another usually trustworthy brand, under close QC, but the crap you get on ebay and other suppliers is made by a far east company with inferior made tooling cloned by inferior designers. There probably is just one or two foreign manufactures that all sell to the same suppliers other than Carpenter or TISCO. Yes, Carpenter and TISCO also manufacture some parts in Cheena as well, it's inevitable to avoid with anything nowadays due to costs, but they have their own US engineers, designers, and Quality Control personnel involved. 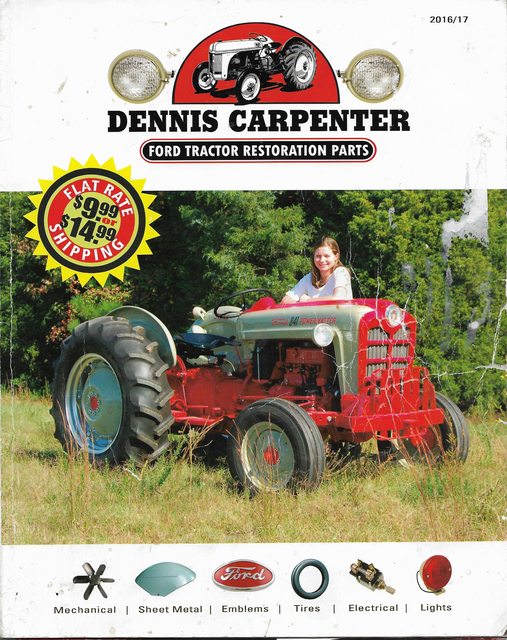