Re: Dearborn versus Ferguson Plow

The Ferguson-Sherman Plow came first, used with the 9N & 2N. 14-AO is a 14" model. When DEARBORN MOTORS was incorporated on January 1, 1947, it would be the new distributor of tractors and implements for Ford as Henry "Harry" Ferguson was fired by Henry Ford II dissolving the famous handshake agreement made with Henry Ford I. Dearborn begin a model numbering system with the prefix "10" defining ground breaking equipment like plows. The first Dearborn Plows were called the Moldboard Plows. You can distinguish them by the open "A"-Frame and straight crossbar shaft. The earlier F-S plows used an offset crossbar, similar to an engine crankshaft. ID tags were affixed as well but many are missing these days. They were stamped with the model number and serial number. The latter doesn't mean much but if you have a 4-digit or lower s/n it would be an early model and worth restoring. DEARBORN Moldboard Plow model numbers were 10-1 = 14"; 10-8 = 12"; 10-10 = 10". In 1950 Dearborn engineers revamped the plow and now called them the ECONOMY MODEL, with a much better design; a solid 'A'-Frame, and an "L" shaped crossbar shaft. The earlier Moldboard Plows were then sub-listed as the 'Prior Model'. Coulters and Jointers were optional accessories with all the plows. Your ad shows the OEM Coulters with the Jointer arms but no jointers. Often these got removed by the farmer anyway. You do not need the coulters to plow with but the plow does require the rolling landside (tailwheel) to plow straight and prevent from riding up out of the ground. The bad news? You can only get the shares nowadays (see PLOWORX)as all other parts are long since out of production. Having all the original parts makes for a nice looking plow to show off behind your tractor at shows. I once had about 25 plows and paid on average $250 for a complete unit. In the past 10 years or so I've seen plows on ebay going for almost twice that and more and all have had missing parts like the tailwheel, coulters, and jointers. I can't explain the ridiculous prices since the antique tractor and implement market has dwindled significantly in the past 10-20 years. I had a nice straight tailwheel now with a friend so he may want to part with it. I'll ask. 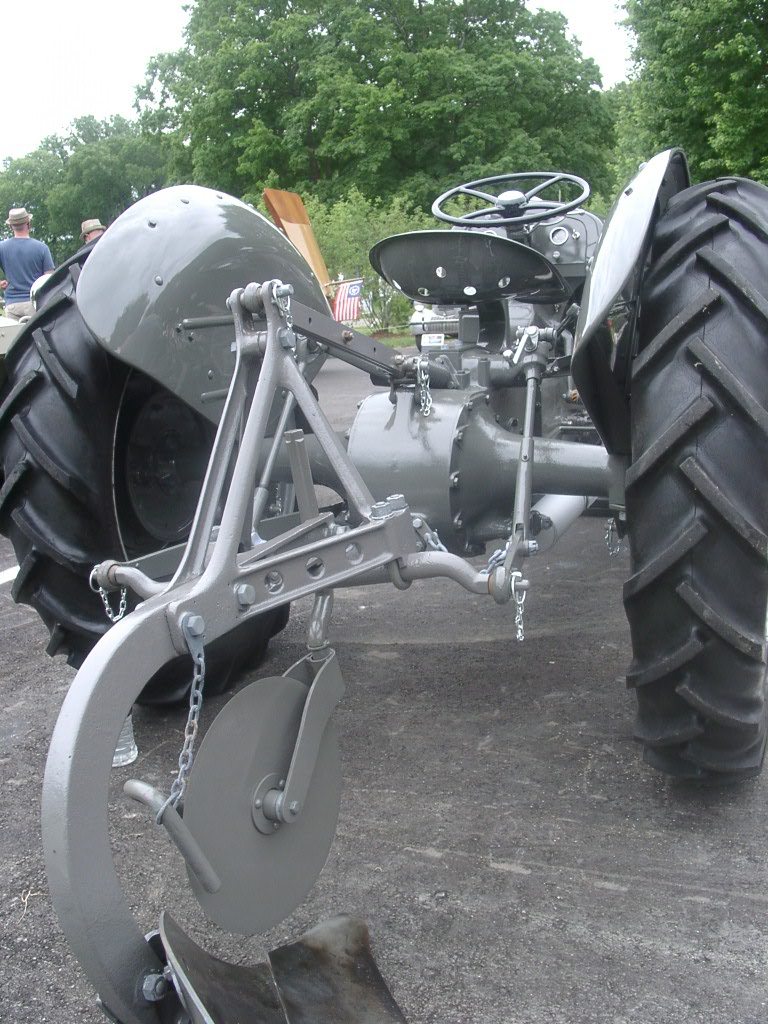 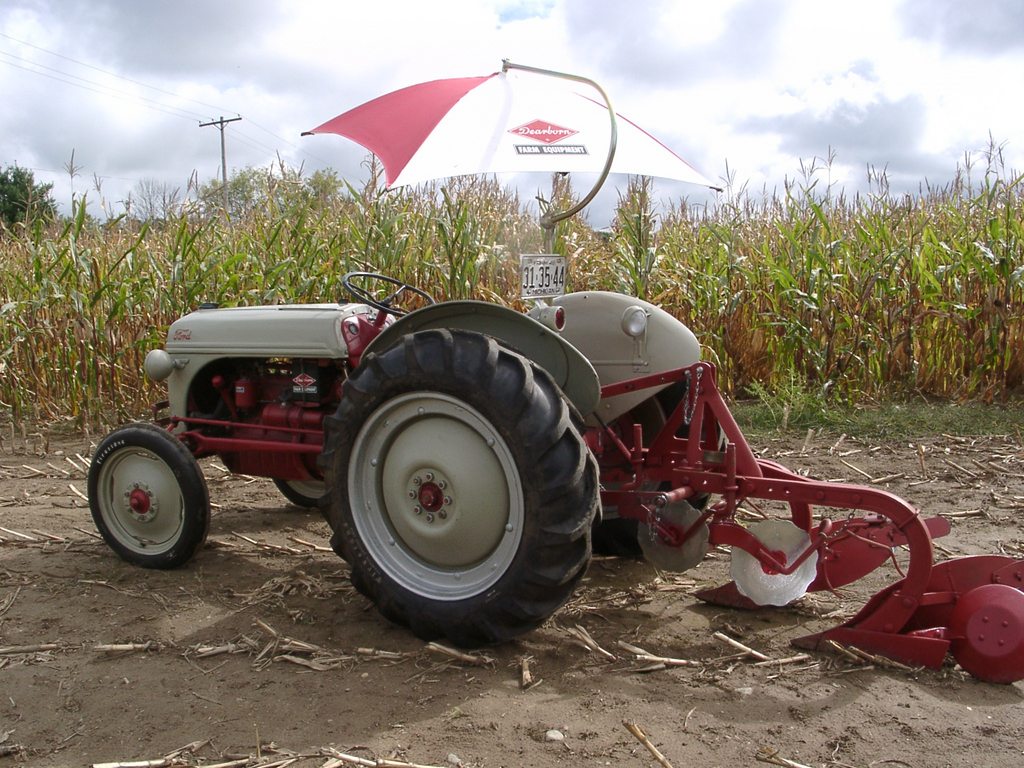 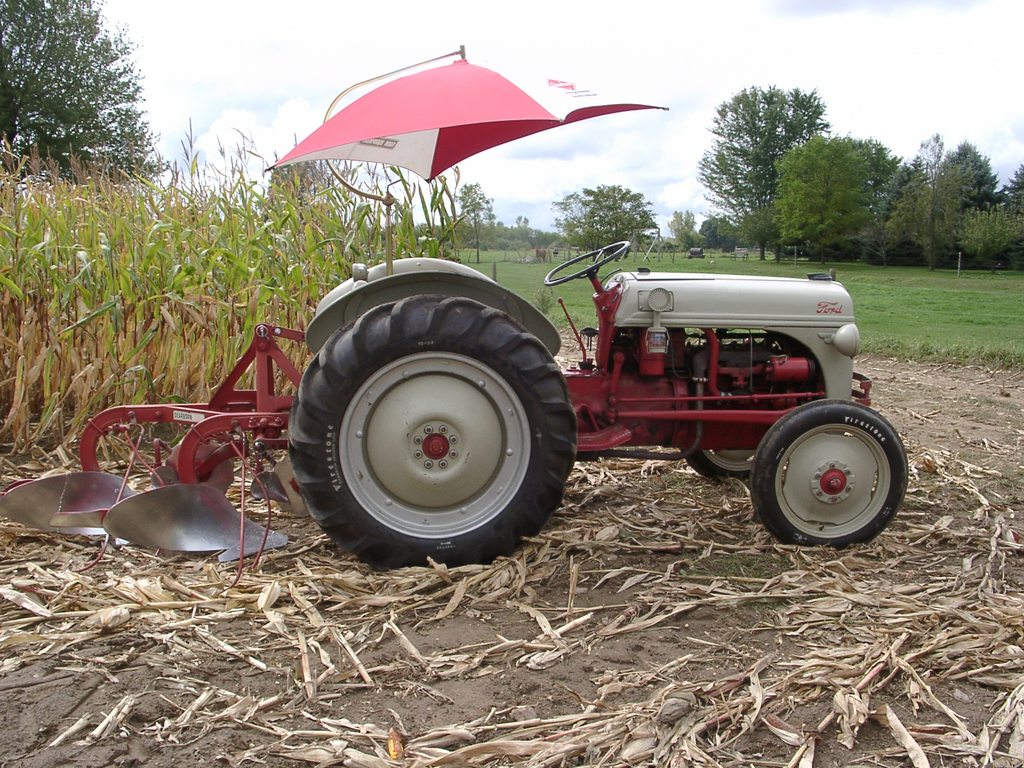 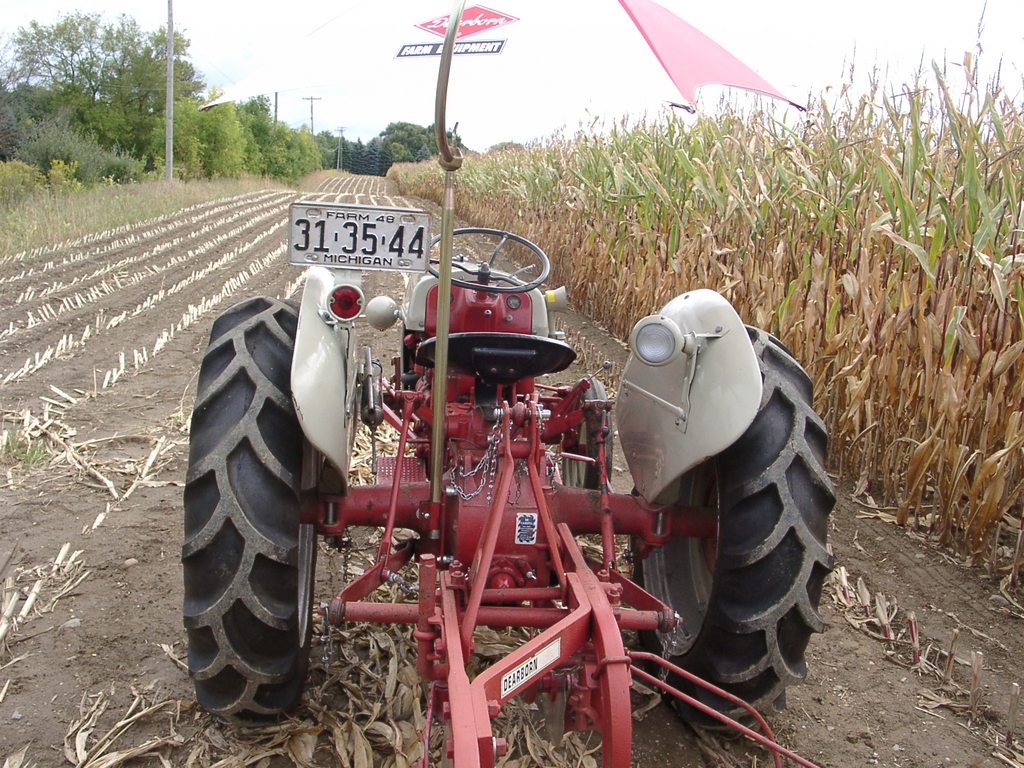 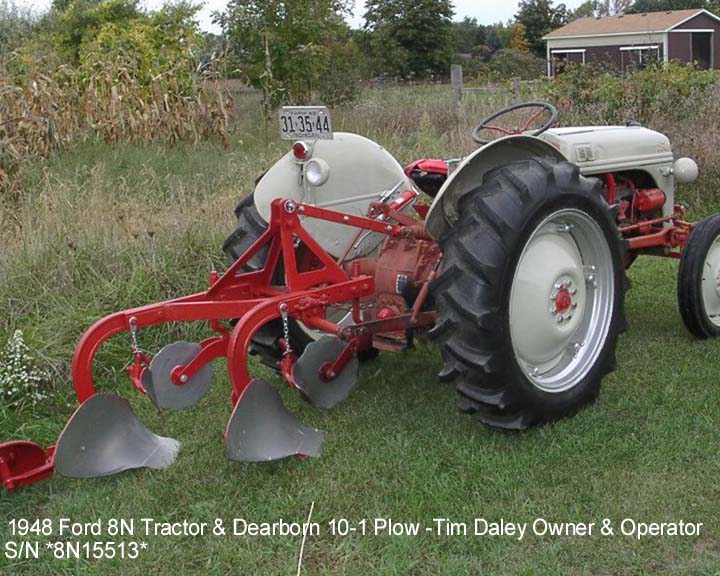 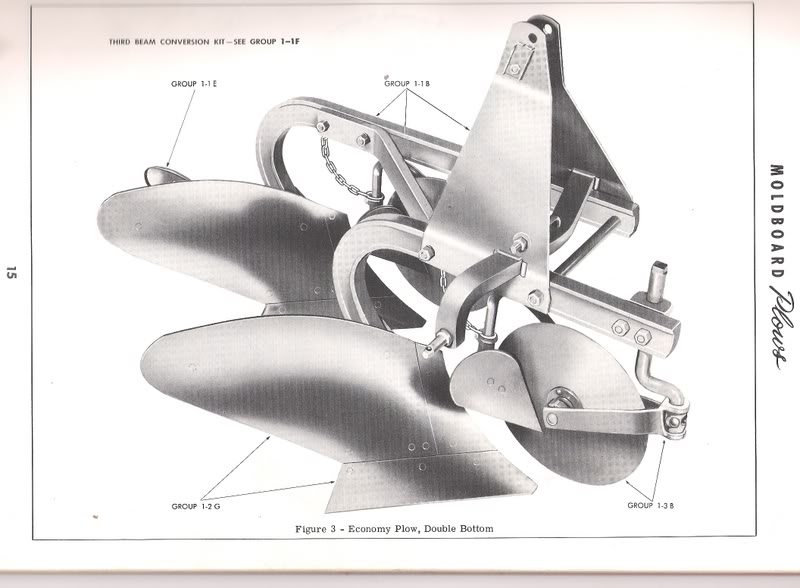 *In 53 Dearborn Motors was dissolved and then merged and became Ford Tractor & Implement Division. All models and parts were the same only now carried the FORD logo on the ID Tags.
DEARBORN ECONOMY PLOW  MODEL 10-156 w/3RD BEAM OPTION: 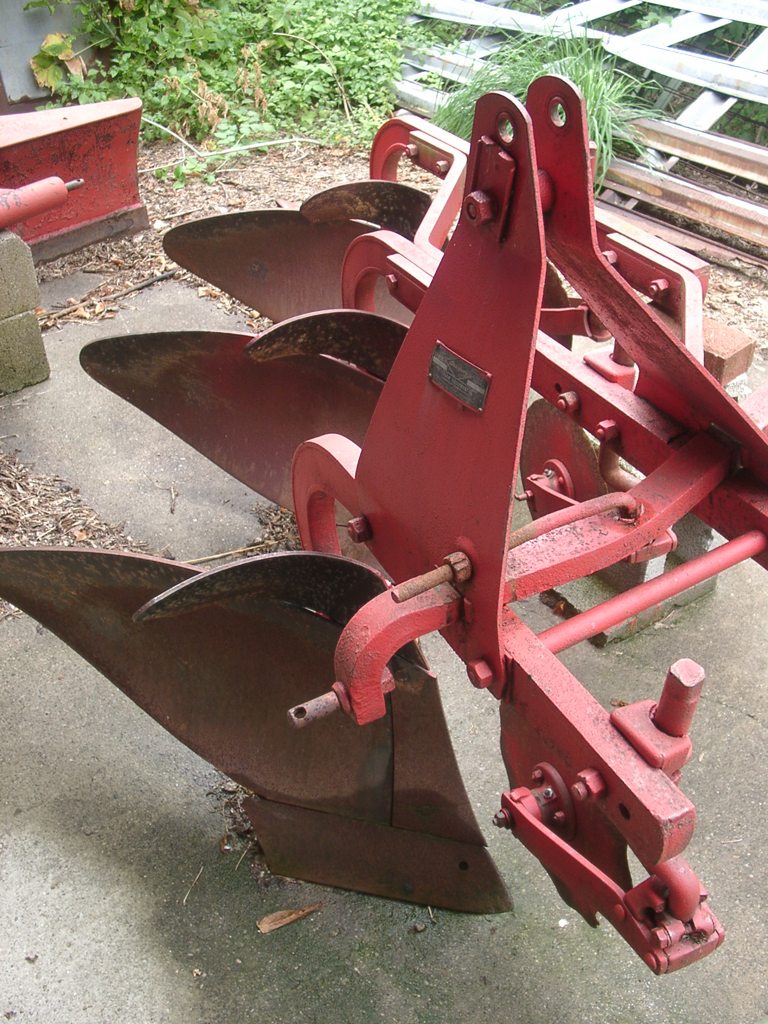