Hey Doug-
Don't pay much attention to model year, parts were swapped out a lot often with different units. Original early 9N tractors never had a belt tension device. The design was flawed as it depended on the single mounting pivot bolt for fan belt tension. If the farmer did't stop in the field every few hours to tighten the GEN, they often ended up with a dead battery at the end of the day. It wasn't til the 2N-10000 unit that they now offered as standard equipment a fan belt tension device attached to the barrel. At the same time FORD released a belt tensioning kit just for the previous 9N-10000-C unit. Both are 1-Wire/3-Brush, A Circuit, 11 AMP, units that required the roundcan cutout. The 9N-C and the 2N units are the virtual same unit except for the tensioner. The 2N unit will have the "L" stationary bracket attached on the barrel with two 5/16 hex bolts. The tensioning device part requires a 2nd anchor bracket that bolts to the front two head studs/bolts as shown. Often you can find this part still bolted on tractors when they do a 12V conversion. The important thing is to know which GEN you have. After 1940, at s/n 9N-12500, the new 9N-10000-C Generator was released. The 9N/2N Belt Tensioner was first offered on the 2N-10000 generator as an attached part included with the unit. At the same time FORD offered an optional belt tensioner for the 9N-10000-C generator but used a steel belt that the barrel attached to. NOTE pictures show both. The optional device was a dealer supplied accessory. The generators were virtually the same unit, the same barrel diameter, a 1-Wire/3-Brush, 11 AMP, A-Circuit unit except the earlier 9N-C generator did not have the attached stationery bracket using two bolts. The steel band included the required bracket needed. If one had a 2N GEN he could install the kit for the 9N-C easily just by removing the "L" bracket on the barrel. I have a restored/rebuilt to OEM specs 2N-10000 complete with the belt tensioner for sale and also a tensioner kit for the 9N-10000-C unit. NOTE: The belt tensioner kit on the first two 9N generators, the '9N-A' and the '9N-B' units will not work as the barrels are a lot smaller in diameter. The front mount 8N GEN used a different tensioning arm and the side mount 8N GEN used still another bracket. DEL should be able to take care of you and my Email is open. 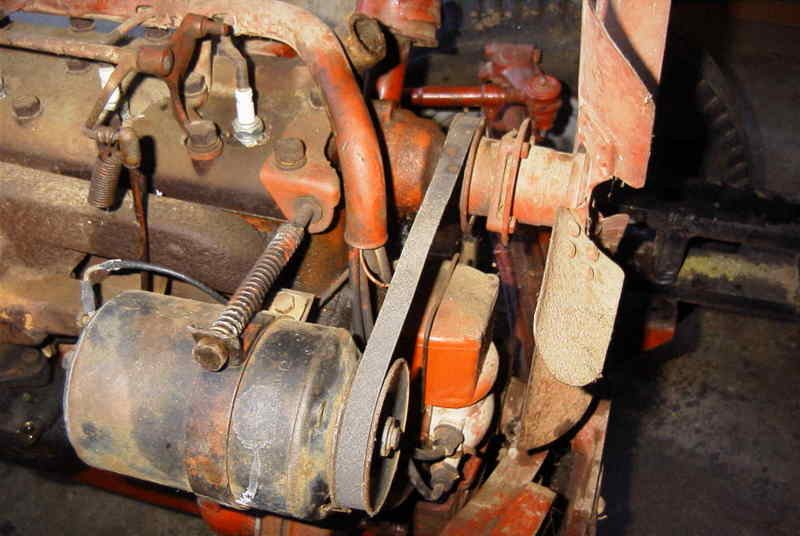 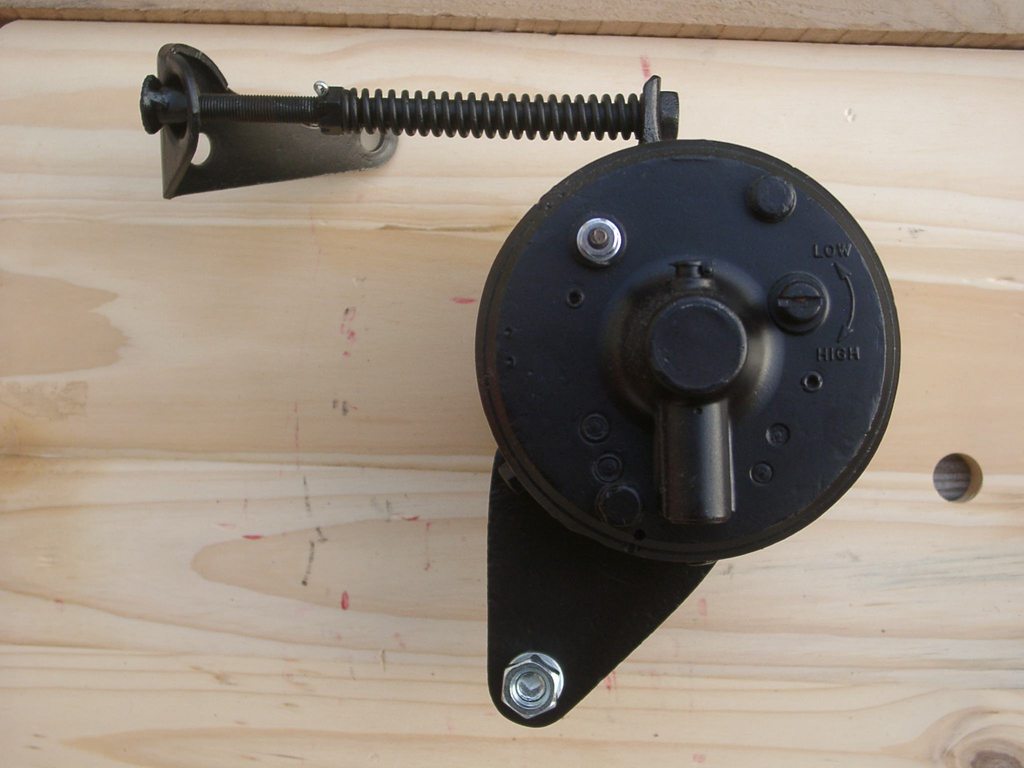 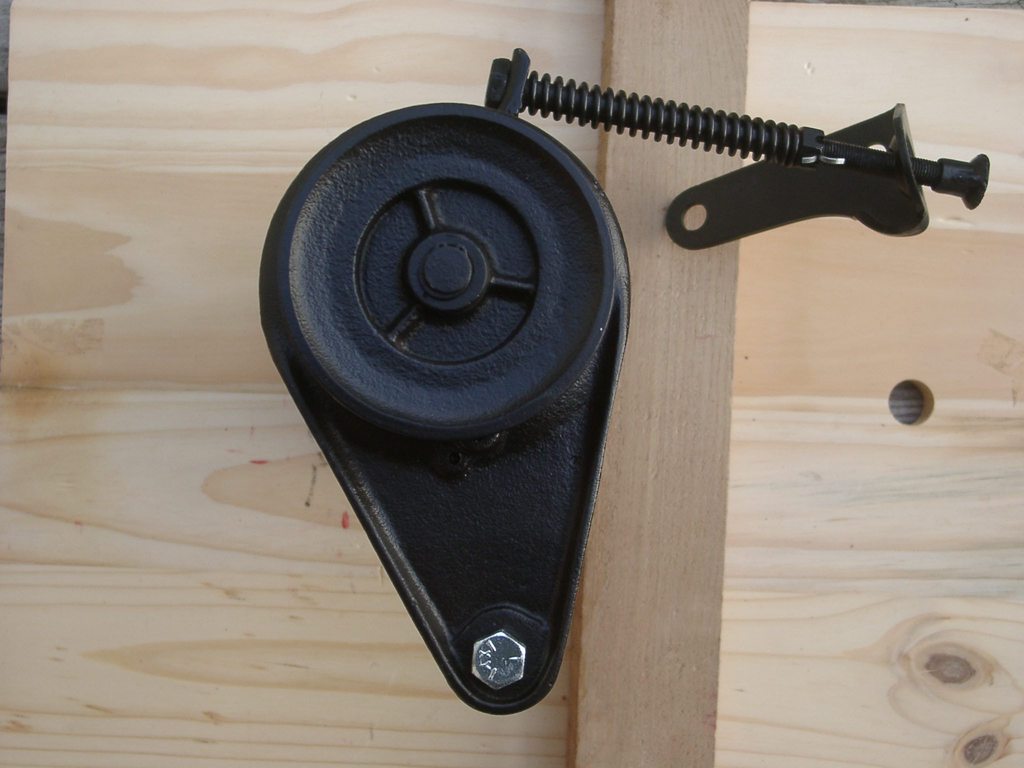 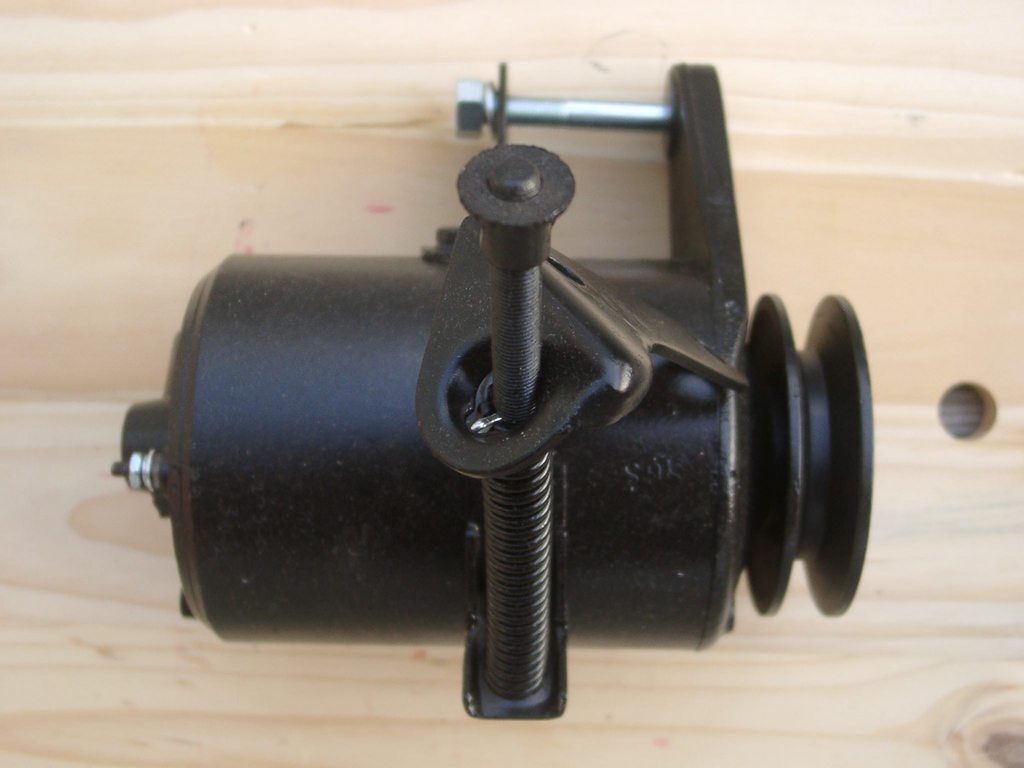 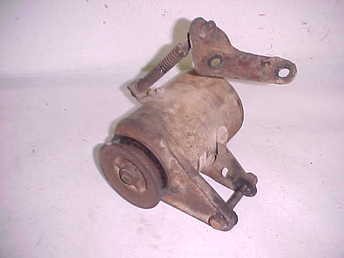